Dr. Cochran always knew he wanted to be a doctor and as his career blossomed, he made certain his practice focused on preventive care. Hormone therapy plays a big role in his treatment processes, and has for many years, but when he became an EvexiPEL-certified provider in 2020, his world expanded. He came to understand the true benefits of pellet therapy over other delivery methods and discovered new ways to approach thyroid disorder diagnosis and treatment, as well as other endocrine disorders.

After completing EVEXIAS training, Dr. Cochran immediately realized he was a patient suffering himself. He began his treatment at that training and has never looked back. Now, a year and a half later, he feels better than ever.

Dr. Cochran wants his patients to feel better than ever too. He hopes all his patients know that they are capable of achieving great things. He says, “God gave us an enormous gift and we must not waste it.”

In his free time, Dr. Cochran enjoys spending time with his wife and five children, who range in age from five to 23. He has coached over 40 seasons of soccer and is currently the coach for his 5-year-old daughter’s team. He is an expert skier, the drummer for his church’s praise band, and has run the New York Marathon three times. He enjoys basketball, soccer, billiards, and Ford Mustangs. 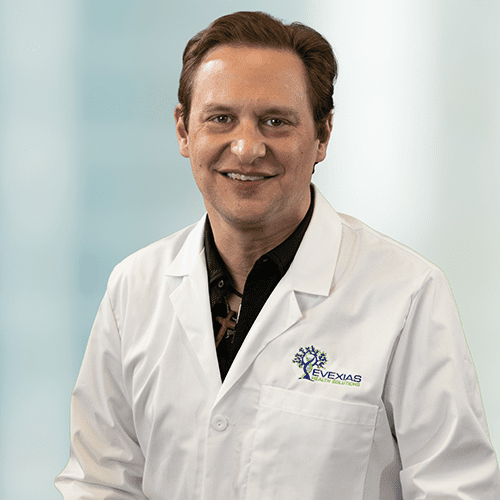